Hallelujah! May it be so! Amen and amen!

For two years CNN and MSNBC fed the lie…not merely out of hatred for President Trump, but to save their failing networks. And it all turned out to be lies.

533,074 articles about Russian collusion were written. Networks gave a whopping 2,284 minutes to the investigation. They knew there was no evidence of any wrongdoing, but yet they wasted $25 million dollars of your money anyway.

The witch hunt has been destroyed. The lies of CNN, MSNBC, and the cohorts of the now fully discredited left-wing media are cascading down on their heads.

A new investigation into how the Russia Collusion lie was born has now turned the tables on them!

But is this cause for celebration? Do we let up because things are starting to go our way? Quite the opposite. We can’t let the shameful and criminal abuse of power that has been committed go unpunished.  It will… 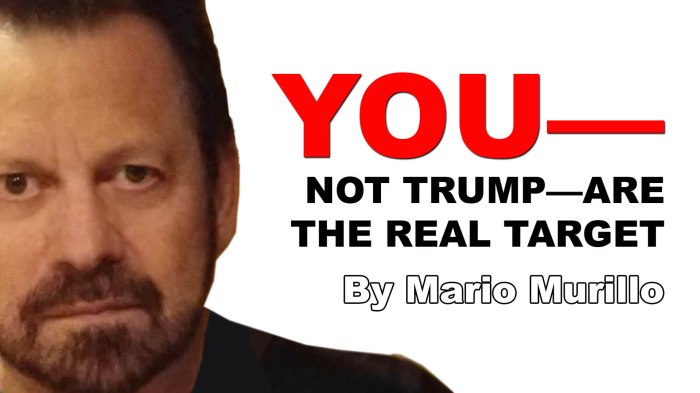 Amen! They are not only after us- they are after our children… We must stand united now.

If any part of your ministry is based on Facebook, Twitter, Instagram or YouTube, you are already in trouble.  It was not until now that the real attack on Christianity in America was revealed. I know that the church is about to be given an ultimatum to either change our beliefs or cease to operate in America;

People love to call me an alarmist. But I know what I am talking about. The radical Left has declared a very unusual kind of war on us—a war that Christian leaders will not admit is happening−and who remain totally unprepared to fight.

The Trump victory inflamed the Left so much that two years later they are still totally rejecting the election and denying the rule of law.  Here are facts you must face:

[Isaiah 1:18 KJV] Come now, and let us reason together, saith the LORD: though your sins be as scarlet, they shall be as white as snow; though they be red like crimson, they shall be as wool. What a savior we have in Jesus! Though our sins stand out as deep red upon snow, He … END_OF_DOCUMENT_TOKEN_TO_BE_REPLACED

Patrick Henry wrote "It is when a people forget God that tyrants forge their chains." Alexander Solzhenitsyn wrote concerning Russia, "Over a half century ago, while I was still a child, I recall hearing a number of old people offer the following explanation for the great disasters that had befallen Russia: 'Men have forgotten God; … END_OF_DOCUMENT_TOKEN_TO_BE_REPLACED

~ A place and a name ~ In Isaiah we read [Isaiah 56:4-5 NKJV] 4 For thus says the LORD: "To the eunuchs who keep My Sabbaths, And choose what pleases Me, And hold fast My covenant, 5 Even to them I will give in My house And within My walls a place and a … END_OF_DOCUMENT_TOKEN_TO_BE_REPLACED

I'm not sure if you're like me or not, but I tend to get discouraged and overwhelmed by the hatred and animosity of people who seem to hate everything that is good. What I tend to forget is that I once was like that too. Before Jesus rescued me, I was not a very pleasant … END_OF_DOCUMENT_TOKEN_TO_BE_REPLACED

~ hatred without cause ~ [John 15:25 NKJV] 25 "But [this happened] that the word might be fulfilled which is written in their law, 'They hated Me without a cause.' [Psalms 35:19 NKJV] 19 Let them not rejoice over me who are wrongfully my enemies; Nor let them wink with the eye who hate me … END_OF_DOCUMENT_TOKEN_TO_BE_REPLACED

The Warrior Anointing
Create a free website or blog at WordPress.com.